Grayson was also a featured guest on the Pedagogue podcast, where she discussed the purpose of first-year writing, antiracist pedagogies and practices, facilitating classroom conversations on language and race, trigger warnings and trauma, and antiracist writing centers.

Her poem “You decide flash floods are best” was also published in The Westchester Review.

Gilah Yelin Hirsch, professor emerita of art and design, was invited to represent the United States in the International Painters’ Symposium in Mexico City, exhibited and collected by sponsoring organization KAM (Kúpula Art México). Twenty-five artists from 23 countries were invited to produce paintings based on the theme of “El Retorno al Miktlan,” as ritualized in the Day of the Dead customs. 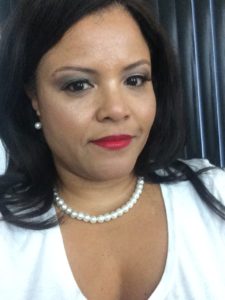 Nicol was also recently nominated and elected to the Historical Society of Southern California’s Board of Directors, with her term beginning in 2022. She previously served on the programming committee for the society, which also publishes the Southern California Quarterly journal. Professor of Anthropology Jerry Moore‘s new book, Ancient Andean Houses, was published by the University Press of Florida. The book, which offers an extensive survey of vernacular architecture from across the entire length of the Andes, explores the diverse ways ancient peoples made houses, the ways houses re-create culture, and new perspectives and methods for studying houses.

Professor of Earth Sciences Ashish Sinha, alongside an international team of scientists, published “Collapse of the Liangzhu and other Neolithic cultures in the lower Yangtze region in response to climate change” in Science Advances. The study supports the hypothesis that the Liangzhu ancient city was abandoned after large-scale flooding and inundation, and also posits that the demise of Neolithic cultures in the Yangtze River Delta occurred within an extended period of aridity, linking societal collapse with climate change.

Associate Librarian/Information Literacy Coordinator Carolyn Caffrey Gardner, Online Learning Librarian Tessa Withorn, and Digital Initiatives Librarian Dana Ospina contributed a chapter to The Scholarly Communications Cookbook. Published by the Association of Research and College Libraries, the book includes 84 “recipes” on how to establish programs, teach concepts, conduct outreach, and use scholarly communications technologies in libraries. The librarians’ chapter, “Mixing up a Three-Layer Peer Review Cake with Critical Information Literacy, Online Learning, and Scholarly Communication,” describes the creation of the set of popular online instructional materials from the library, All About Peer Review. “My opinion, based on decades of observation (but not expertise in the area), is that smells happen. Sometimes it’s from gross pollution, sometimes it’s just nature taking its course. There are going to be stinks to some degree wherever humans and animals are, and sometimes where humans and animals aren’t.” – Barbara Belmont, lecturer of chemistry, was quoted by the Los Angeles Times about the odor coming from the Dominguez Channel. 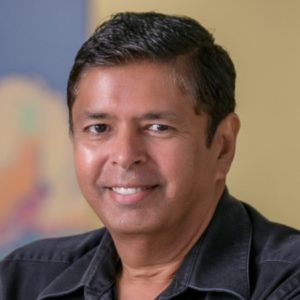 “It is important to understand that whoever touches your investible funds will take a small bite out of those funds because of the fees that they charge. Over the long term, such charges can put a dent in your overall returns. It is better to start slow on your own, see which investments grow over time, and then consider using advisors. Just make sure those advisors are ‘fiduciaries’ before giving any money to them.” – Prakash Dheeriya, professor of finance, provided expert commentary for “How to Start Saving and Investing” for MoneyGeek.

Larry Rosen, professor emeritus of psychology, was interviewed by Wired.com for “Online Gaming Is the New Therapist’s Office.” Rosen says gaming can promote behavior modification that can develop into an addiction. The more users play, the more money gaming companies can earn. “The bottom line is their goal is to keep you there,” says Rosen.