Brian Gregor, associate professor of philosophy, authored “On Narrating More Wisely: A Prosaic Supplement to Ricœur’s Poetics of Narrative Identity Abstract” for Roma TrE-Press. The essay examines 20th century philosopher Paul Ricœur’s account of narrative identity and asks the practical question of what it looks like to tell our stories—and narrate ourselves—well.

Bianca Murillo, professor of history, was awarded a National Endowment for the Humanities grant for $37,500. Murillo’s grant will fund the research and writing of a history of debt and finance in post-independence Ghana, from 1950–1980.

Gioella Chapparo, assistant professor of kinesiology, co-authored “Effect of Heart Rate Reserve on Prefrontal Cortical Activation While Dual-Task Walking in Older Adults” for the International Journal of Environmental Research and Public Health. The study’s results suggest that heart rate reserve may serve as a biomarker for cognitive health of an older adult with or without cardiovascular risk.

Sarah Lacy, associate professor of anthropology, was filmed as an expert for twenty episodes of Curiositystream’s History by the Numbers for the Smithsonian Channel. She also appeared in an episode of the History Channel’s The UnXplained with William Shatner that focused on the sacred power of bones. Ray Sumner, lecturer of earth science, co-authored an article about eclipse-watching in Australia in the 1920s for The Conversation, in which she reveals that astronomers were able to validate Einstein’s then-controversial theory of general relativity based on their observations.

Sumner also published Australische Tiere, a children’s coloring book in German, to celebrate the 200th anniversary of the birth of the naturalist Amalie Dietrich. 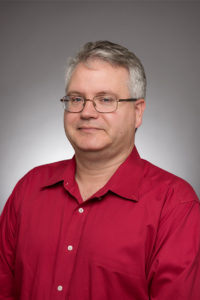 “The major banks are struggling to find enough talent to work on blockchain projects and NFTs are being incorporated by artists, musicians, movie theaters, and event producers in new and innovative ways each week. […] Next year will likely see the use of NFTS and blockchain technology arrive as part of our everyday life bring new career opportunities.” – Thomas Norman, professor of management, spoke to WalletHub about the 2022 job market, unemployment rates, and areas of growth.