Gilah Yelin Hirsch, professor of art, has her paintings on display in “Dimensions of Spirituality – Rosh Hashanah, Yom Kippur and Sukkot” at the Jewish Art Sallon gallery in New York City through November 30, 2017. The exhibit draws from artists who are members of the Jewish Artists Initiative of Southern California.

Daniela Campins, art and design lecturer, is featured in the solo exhibition “In the Middle of This Frase,” which is on display through Oct. 21 in the gallery Eastside International in Downtown Los Angeles as part of its 2017 SUR:biennial. Her display is part of a series of independently curated exhibitions showcasing recent and newly commissioned works of local and international artists influenced by the cultures and artistic traditions of Mexico. Campins’ exhibit has been described as a “multi-lingual play on unexpected relations—relations between the languages of image and text.” Terry McGlynn, professor of biology, has co-authored the article “Bringing ecology blogging into the scientific fold: measuring reach and impact of science community blogs” in Royal Society Open Science, a publication of the Royal Society, the United Kingdom’s natural science academy. The article focuses on the influence of science blogs on the academic community. Anthropology Professor Susan Needham traveled to Cambodia in summer 2017 to conduct preliminary fieldwork and gather information on the material culture of Khmer religious practices that are not part of Buddhist Dharma. She was particularly focused on the history and role of the altars known as Asanah, and ritual objects used as part of the practice known as Baaysei. Many of the people she interviewed expressed interest in Needham’s project to document the practice, including one who took on the role of her research assistant.

Clarence (Gus) Martin, professor of criminal justice administration, has published the sixth edition of his book “Understanding Terrorism: Challenges, Perspectives, and Issues,” which offers a multidisciplinary, comprehensive exploration of domestic and international terrorism that critically assess the expressions and underlying causes of terrorism. The book has been updated with new information on terrorist attacks and organizations, as well as such topics as failed states, the lone-wolf, state terrorism, human rights violations, and cyberterrorism. 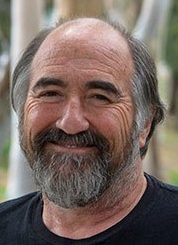 “I find I get anxious at bedtime (I’ve had sleep issues since I was a child), so I turn off my phone an hour before I want to go to sleep. I’ll read a book, preferably on paper, so I’m not getting the blue light from screens that turns off melatonin and releases awakening cortisol.” –Larry Rosen, professor emeritus of psychology, was quoted in the Huffpost article “9 Things Psychologists Do When They Have Anxiety.” “Gratitude is the most changeable character strength because it’s about mindfulness—something anyone can do,” –Giacomo Bono, assistant professor of psychology, was quoted in the Time magazine article “9 Easy Ways to Get More Grateful.”

“For example, we might not have students build a plantation or an internment camp. In the same way, I think building the mission for some students is not respectful of their past.” –Lisa Hutton, professor of liberal studies and chair of the Liberal Studies Advising Center, who also directs the California History-Social Science Project, was quoted on-air on the 89.3 KPCC story “Why the famous Mission-building project may be on its way out of California classrooms.”